Retail closures in Singapore hit a ten-month high during the month of September, according to figures from the Accounting and Corporate Regulatory Authority (ACRA).

Some 457 companies called it quits in September, including British fast-fashion retailer, Topshop, Hong Kong-listed apparel retailer, Esprit, and local sports chain, reported the Strait Times, quoting data from the ACRA. The retailers have either shuttered operations completely or shifted to digital-only sales, as safety restrictions due to Covid-19 remain in Singapore, stunting tourism and hurting physical store sales.

The retail closure news comes as 162-year-old department store chain Robinson’s confirmed last week it will shutter its last two remaining stores in Singapore, located at The Heeren and Raffles City Shopping Centre, exiting the market completely, including online. Robinson’s said its Singapore stores have been hurt by heavy costs such as rent, and slow local demand, thanks to changing consumer tastes.

“We regret this outcome today. Despite recent challenges in the industry, the Robinsons team continued to pursue the success of the brand,” Danny Lim, Robinsons’ Senior General Manager, told the Strait Times.

“However, the changing consumer landscape makes it difficult for us to succeed over the long term and the Covid-19 pandemic has further exacerbated our challenges. We have enjoyed success over the years, and it has been an honour for Robinsons to serve the Singapore market. I am grateful for the dedication of our team, and for the support shown by our customers over the years,” continued Danny.

Looking ahead, the nation’s relief to protect qualifying commercial tenants unable to pay rent from eviction and hiked up interest rates ends on 19th November, could cause another wave of retail closures in Singapore, as stores relying on the financial assistance will not be able to continue to operate without it.

According to research from Cushman and Wakefield, retailers on Orchard Road have been hit harder than neighbourhood shopping areas in recent months, with overall prime retail rent in the shopping strip expected to decline by 10 per cent this year, compared with 5 per cent in suburban areas. 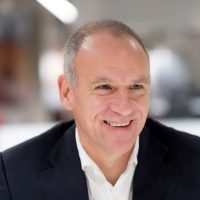 PepsiCo appoints new Board of Directors member
Next Article 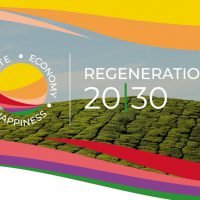 Regeneration 20|30 : Happiness as a driver for the global economy