The country’s third-largest travel retailer was buoyed by its flagship Myeong-dong store outperforming the market with sales growing +45.9 percent year-on-year to an estimated KRW476.3 billion (US$404.9 million).

However, most of the profit came from KRW57.7 billion (US$49.1 million) in one-off gains – KRW48 billion from change of lease accounting and KRW9.7 billion from a reversal of duty free commission rate appropriation.

Shinsegae Duty Free announced a total impairment loss of KRW312 billion (US$265 million), reducing the asset value of the duty free licence from KRW870 billion to KRW558 billion. The change in accounting will improve the profitability of the business in 2020 and the company commented that the business will benefit by KRW60 billion (US$51 million) in operating profit for the full year in 2020 from lowered depreciation/amortisation cost.

The retailer’s total annual sales for 2019 increased by +55.7 percent year-on-year to KRW3,127.7 billion (US$2,682.1 million) and operating profit leapt +73.8 percent to KRW111.6 billion (US$95.8 million). There were no new store openings to burden profits and competition among major operators was subdued despite the implementation of the new ecommerce law in China on 1 January 2019.

Vidi Vici accounts for the majority of Shinsegae International’s cosmetics and fragrance business (61 percent of total cosmetics sales). The brand grew by an estimated 65 percent year-on-year in the latest quarter.

It remains to be seen if Shinsegae International will be able to replicate the growth strategy that saw Vidi Vici grow from just KRW6.3 billion (US$533,000) in 2016 to KRW237 billion (US$ 200 million) in 2019. Pushing sales to Chinese consumers and the duty free channel proved key for the dramatic turnaround in Vidi Vici’s fortunes. 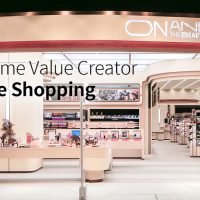 Lotte Shopping to sell assets to shore up profit, focus now on online biz
Next Article 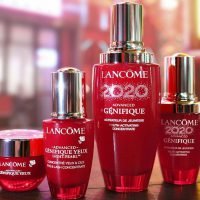