Located at Pacific Place, the new branch will give out 200 Shake Shack tote bags on a first-come-first-serve basis.

In addition to the Shack classics and the Hong Kong exclusive milk tea shake, the new store will introduce a selection of local menu items, including a new series of “concrete” (custard desserts) – matcha golden bell, open sesame and queensway crunch.

Shake Shack will launch three holiday shakes – Christmas cookie, chocolate peppermint, and Hazelnut – to celebrate the festive season. All of which are topped with whipped cream and decorated with colourful sprinkles.

The holiday shakes will be available for a limited time at both Pacific Place and ifc mall.

Echoing with Shake Shack’s mission to Stand For Something Good®, the Pacific Place store will donate 5% of sales from its matcha golden bell concrete to the i-dArt programme of Tung Wah Group of Hospitals, a non-profit organisation that promotes social inclusion by encouraging people with differing abilities to participate in art.

Shake Shack is ramping up its effort on global expansion.

In a statement, Randy Garutti, CEO of Shake Shack, said the company entered into licensing agreements to open more than 50 stores in the Philippines, Mexico and Singapore over the next decade.

The company expects to open its first stores in Singapore and Mexico in 2019. 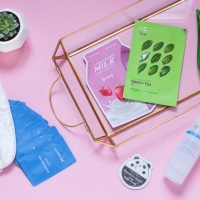 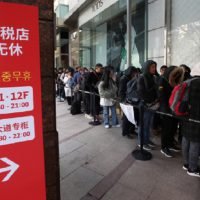 South Korean duty-free sales are back on track