SPC announced that it opened a branch for the American burger chain at Lotte Department Store in Nowon, northeastern Seoul. With the addition of the Nowon branch, SPC Group is now running a total of 15 Shake Shack stores in Korea – mostly Seoul and other major metropolitan cities.

Since opening its first outlet in Gangnam, Seoul in 2016, the premium burger chain has recorded 25 percent growth in sales each year. In 2017, Shake Shack’s stores in posh Gangnam and Cheongdam districts made it to the global top three Shake Shack stores in terms of sales, said Danny Meyer, founder of Shake Shack.

Popularity of Shake Shack burgers has remained unfazed even when the food and restaurant industry was hit hard by the pandemic partly thanks to its delivery services that started in late 2019.

To meet the swelling demand from local customers, SPC Group has been opening more than three outlets for the burger joint each year. The group aims to open additional 10 branches in the next five years as it agreed with Shake Shack’s headquarters to open 25 outlets in Korea by 2025. 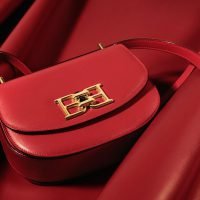