Sa Sa International Holdings Limited announces that it has decided to close all retail stores in Singapore to concentrate its resources on the markets in the Hong Kong and Macau SARs, Mainland China and Malaysia, as well as its e-commerce business.

The Group’s performance in Singapore has been less than satisfactory for many years, and has recorded losses for six consecutive years. For the six months ended 30th September 2019, the Group’s turnover for the Singapore operations was HK$99.4 million, a decline of 4.6% on a year-on-year basis in local currency terms, and accounted for 2.8% of the Group’s consolidated turnover.

In order to improve the performance of the Singapore market, the Group had taken measures in recent years to restructure the local management team and to enhance store display and product mix with a view to driving sales. Regrettably, the results were far from satisfactory.

The operating environment of the Group’s core market in Hong Kong has become extremely difficult due to a drastic decline in Mainland tourist arrivals. In view of this unprecedented challenge, the Group’s primary goal is to focus resources on its core markets and businesses with growth potentials, in order to restore profitability promptly.

After careful consideration, the Group believes that the closure of its business in Singapore will help improve the performance and profitability of its remaining businesses, and is in the best interests of the Group and the shareholders as a whole.

Furthermore, the management team that currently manages both the Singapore and Malaysia markets would concentrate resources to develop the Malaysia market which presents higher potentials and profitability.

In the meantime, the Group will expedite the store expansion in Mainland as well as the development of e-commerce business, so as to capture the lost traffic and sales in Hong Kong. In addition, the Group strives to integrate its online and offline businesses for providing better customer experiences and laying a solid foundation for the development of new retail model in the future.

A total of approximately 170 employees will be affected and they will be fully compensated in accordance with local employment laws and regulations. The termination of the leases in Singapore is not expected to have any significant impact on the operations of the Group, as the Group operates a total of 265 stores, only 22 of them are located in Singapore.

The Group’s cash and bank balances were HK$788.7 million as of 30 September 2019, which are adequate for its operational needs. Taking into account all losses and expenses arising from the closure of the Singapore business, no significant impact on the Group’s cashflow is expected. 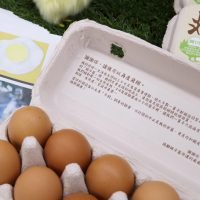