Topshop/Topman New Zealand are closing its Auckland and Wellington store  after a failed attempt to find a buyer for the fast-fashion retailer.

Topshop and Topman is operated by Top Retail in New Zealand, with the firm entering voluntary administration in early September on the back of consecutive losses.

Topman/Topshop opened on Auckland’s Queen Street and on Wellington’s Lambton Quay, with plans to add two more stores as well as an online store by the end of the year 2017.

Conor McElhinney and Kare Johnstone of McGrathNicol said in a statement that “after conducting a detailed assessment of the business and following conclusion of a sale process for the business and assets in whole or in part”, the stores would close after 1 October 2017, but could close earlier if they run out of stock, according to local media.

“It is with regret that we have had to inform staff today that the business is unable to continue trading and that Topshop and Topman will no longer have a presence in New Zealand from Sunday,” the receivers said.

“We would like to thank the directors of Top Retail for their support, which has enabled gift cards to be redeemed during the receivership trading period, and staff for their commitment since our appointment.”

Topshop’s Australian arm was put into receivership in May 2017. 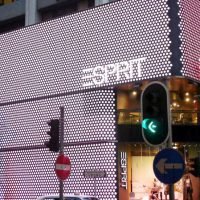