SEE ALSO : Samsung Electronics and Kakao team up for AI

Dubbed “Samsung Opera House”, the renovated and redesigned retail space houses a mix of “technology, lifestyle and innovation to offer people unique experiences,” according to the Seoul headquartered Samsung, in a press release.

Restored over two years, the store’s Opera House façade retains its original look and feel. On the inside, a modern experiential space has been developed with extensive use of modern technology.

The store showcases Samsung’s full line-up of smartphones and wearable devices at the experience centre alongside flagship consumer electronics products such as smart tvs, ovens and refrigerators

Harnessing the brand’s #DiscoverTomorrowToday mantra, Indian shoppers can also expect a differentiated product experience, centred on virtual reality and artificial intelligence, as well as the internet of things.

“Today’s consumers, especially millennials, seek unique experiences. They want to interact with the brand, touch, feel and create. This is what Samsung Opera House is about.

We have curated never seen before experiences that will excite people of all age groups alike. Opera House will also organize workshops, activities and events, bringing together Samsung’s innovations with people’s passions. We are proud of the transformation that this place has seen,” HC Hong, President & CEO, Samsung SouthWest Asia, said.

Samsung selected Bengaluru as host city given its notoriety as India’s tech capital, which has attracted many Millennials and tech-savvy consumers to the area.

The new store in India comes two months after Samsung inaugurated the world’s largest mobile factory in Noida in July this year, reinforcing the company’s commitment to India. Is it the end of cosmetics testing on animals for China?
Next Article 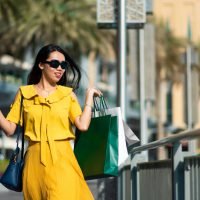 What are Hong Kong consumers' sentiments?
Featured Articles of the Week
Contributor 1 week ago