Two of Europe’s biggest luxury fashion brands are opening official stores in India next year, according to local reports.

With a letter of intent signed, the stores are expected to bow in DLF’s Chanakya mall in Delhi mid-2019.

“There are plans to launch the two brands in Chanakya by the middle of next year,” one of the persons cited earlier said.

“A letter of intent has been signed between the brands and DLF and the lease deed is awaited.”

Both luxury brands, which form part of the French conglomerate Kering, already have a soft retail presence in India, being stocked in local boutiques and e-stores.

Alexander McQueen products are available through multi-brand portals like Rock N Shop, while Saint Laurent is currently sold via stores Kitsch and Luxe Polis, among others.

It is not understood if the brands plan to roll out more India stores in the near future, nor if the current retail partnerships will remain once each respective flagship opens.

The Chanakya mall, which reopened in 2017, has attracted a number of international luxury brands such as Ted Baker, Thomas Pink, Diesel, and Rolex in the last twelve months.

Founded in 1992, Alexander McQueen has standalone stores in the UK, US, France, China, Italy, Thailand, and Japan among other countries. Kering acquired it in 2010, and bought a majority stake of 51% in the brand. 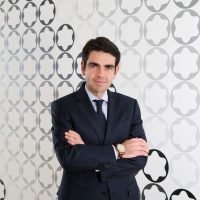 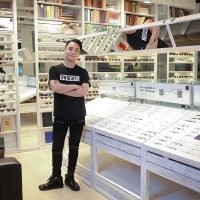