Is India the Most Attractive Place for Retailers?

India has leapt into second place in a ranking of the most-attractive developing economies for retailers compiled by Chicago-based consulting company A.T. Kearney.

The company assessed 30 countries based on economic growth, urban population and ease of doing business, among other factors. China topped the list for the second consecutive year, followed by India, Malaysia, Kazakhstan and Indonesia.

“Retail demand is increasingly driven by urbanization, an expanding middle class, and more women entering the workforce,” the A.T. Kearney report said. But it noted that not everything was rosy, saying India remains a “challenging and complex market” with infrastructure bottlenecks.

Some retailers and analysts said they were surprised at India’s sharp move up in the A.T. Kearney ranking.

A rule that requires foreign retailers to source at least 30% of their merchandise locally, for example, has led companies to rethink their big plans for India.

Swedish retailer IKEA is struggling to source domestically, as The Wall Street Journal detailed in this front-page story. And government officials said recently they don’t plan to exempt Apple from local-sourcing requirements.

Meanwhile, consultants and retailers are growing increasingly skeptical about the size of India’s middle class. Most of India’s population still lives under $2 a day; only a fraction of its 1.2 billion people can afford a Zara dress or a Starbucks Frappuccino. 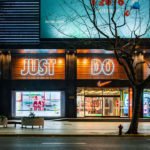 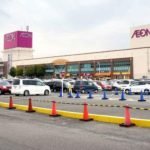