In a year, Amazon and Alibaba will dominate Indian e-commerce

The fight for India’s lucrative e-commerce market will be mainly between Amazon and Alibaba, says Vijay Shekhar Sharma, CEO of Paytm, a company backed by the Chinese online retailing giant.

“The e-commerce business and market is reaching maturity of players. The next six to nine months, it will be decided who the key contenders of the business are,” he said, signaling the possible start of consolidation in the Indian e-commerce market.

“Logically, to fight Amazon, you need the might of a strategic player – that is why it makes a lot of sense for people to align with Alibaba versus a lot of others.”

Paytm, a digital wallet and online retailer backed by Alibaba and its affiliate Ant Financial, is preparing to start a payments bank. It will spin off its e-commerce platform into a separate company, which will have a new name and brand and the same shareholders as Paytm.

India’s e-commerce battle lines are already being drawn. Amazon, the world’s largest online retailer, said last month it will invest an additional $3 billion (over Rs 20,000 crore) in India, raising the stakes after having spent about $2 billion.

Alibaba plans to directly enter India’s online retail market, which Goldman Sachs projects will more than treble to $36 billion in 2016-17 from $11 billion in 2014-15.

Alibaba Group Holding’s 40% share in Paytm gives the Chinese e-commerce giant a strong foothold in India to begin with. However, it also holds a 4% share in Snapdeal. 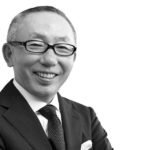 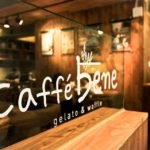