Implementation of GST in India : beginning of a new Era

GST is an indirect tax for the whole nation, which will make India one unified common market. GST is a single tax on the supply of goods and services, right from the manufacturer to the consumer. Credits of input taxes paid at each stage will be available in the subsequent stage of value addition, which makes GST essentially a tax only on value addition at each stage.

There will be two components of the GST – the Central GST (CGST) and the State GST (SGST). Both central and state governments will simultaneously levy the GST across the value chain, on every supply of goods and services.

The Goods and Services Tax (GST) came into force on 1st July 2017 with a four-tier GST rate structure of 5%, 12%, 18% and 28% across commodities. More than 80% of items that will have GST applicable have been put in the 18% slab. Essential commodities such as sugar, tea, coffee etc. have been placed in the lowest slab of 5%.

More than 160 nations across the globe have already adopted a unified indirect tax structure. In Asia, countries such as Indonesia, Singapore, Thailand, and the Philippines adopted GST during the 1980s and 1990s, creating an effective tax system, with comparatively lower administration and collection costs.

It has enabled countries like Singapore to lower its corporate and personal income taxes, which in turn has encouraged more foreign investment and stimulated the overall economic growth in the country.

Retailers in India for a long time have been struggling with high rental costs for prime real estate, which incurs a service tax of 15% on rent payable. Going forward, although the service tax has been replaced with a higher and standard GST of 18%, retailers would now be able to set off the taxes on services (rent) against taxes on goods, therefore reducing the overall burden of occupancy costs.

Moreover, taxes payable on procurement of goods by the retailer such as countervailing duty (CVD) paid on import of goods, excise duty paid on goods manufactured in India, Octroi, central state tax on inter-state procurement of goods and service tax paid on input services, will be available as input credit for adjustment against GST liability on sale of goods.

In terms of a larger retail landscape, items which benefit the common man – essentials such as fruits and vegetables, milk, sugar, meat, bread, etc. have either been completely exempt from tax or have been set in the lowest tax category, resulting in most FMGC products becoming cheaper, which in turn can lead to volume growth.

The lower-priced apparel (less than USD 15) and footwear (less than USD 8) have been put in the lowest category of 5% GST, reiterating the government’s intent to protect such traders and spur demand for their products.

Some goods such as luxury cars and movie tickets have been placed in the highest bracket of GST (28%), However, despite these high rates, items such as luxury cars and SUVs, are likely to become cheaper as the current taxes were more than 45%. Also, movie tickets and amusement park tickets are expected to become cheaper, especially in states which had entertainment taxes much higher than the GST of 28%.

SEE ALSO : Clash of the Titans: SoftBank invests $2.5b in Flipkart to stop Amazon

With the advent of the GST, retailers in India would need to rethink their product pricing based on market expectations, align their supply chain and procurement strategy, rework their distribution channels, and ensure greater compliance to laws to be more cost-effective. However, retailers who manage to judiciously structure their margins based on output tax liability and increase of input tax credit would be able to stay competitive and relevant for the consumers.

While one may argue that the GST works best in an organized economy, where the supply chain is streamlined and value additions at each step are clear, implementation of GST could be the first step towards India’s retail sector becoming more organized. Since a large proportion of retail in India is unorganized, identifying value additions at each stage for evaluating input tax credit is likely to be a challenge.

While the government has done its best by bringing in the regulation at the right economic cycle (low inflationary period), the industry will need some time before it completely understands the implications of the tax rate on operations and compliances. While there could be some short-term disruptions, in the long term the benefits of efficient supply chains and lower compliance costs will eventually trickle down to make the reform a “shot in the arm” for the retail sector in India.

Vivek Kaul is Head of Retail Services for CBRE India. With over 17 years of real estate experience, Vivek has been involved in a wide range of assignments on feasibility, retail planning, positioning, mall design reviews and leasing for international and large scale Indian developers and retailers. 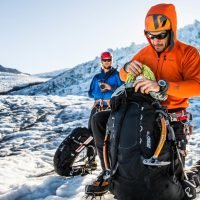