The emergence of a rising middle-class along with the rapid growth of e-commerce in India has made the market ripe for the picking. A fact that has not escaped the vigilant eye of Swedish furniture giant IKEA which, after its first infructuous attempt at entering the market back in 2006, gave it another shot.

The company reapplied in 2012 following the change in government policies allowing 100% FDI in single-brand retail along with a relaxation on the 30% local sourcing requirement which now only applies to small and medium-sized enterprises.

This Thursday, IKEA finally opened its first store in the technology hub of Hyderabad, also home of tech giants Microsoft, Google and Facebook. As the Indian market has its peculiarities, the Swedish company had to adapt to the local quirky needs. Not only price sensitive, Indians are also value sensitive and the brand only has one shot at conquering its customers’ hearts. Thus, Ikea has strived to offer very affordable products. Out of the 7,500 items available in the 400,000 square feet store, 1,000 have a price below Rs.200 (US$3) and 500 are priced under Rs.100 making India one of the most price-attractive market the company has opened so far.

If IKEA waited a while for its first Indian store to open, it does not plan on wasting any more time as it is already working on opening three additional flagship stores on the peripheries of Mumbai, Delhi and Bangalore. The company aims to serve 49 Indian cities by the next decade. It also want to start transitioning toward online shopping for its home furnishing. Among the 49 cities, IKEA hope to serve 19 of them through e-commerce and support services.

Space is scarce in the country’s major cities making it hard for the brand to offer its customers the true IKEA experience. The company is therefore considering launching smaller format store in central urban locations. This proximity will also increase availability and accessibility to those who do not own a car, a luxury restricted to a narrow elite.

The store will also house the biggest IKEA’s restaurant worldwide with a 1,000 seater atrium. Not to offend the locals’ religious sentiments, the brand’s iconic Swedish meatballs will be made chicken and vegetarian rather than the traditional beef and pork. Also the famous “do it yourself” principle, one of IKEA’s key feature, is not something Indians are used to as cheap labor is widely available in the country. Thus, the company offers its clients with in-house and outsourced assembly along with an option to pick up and a delivery service.

The company has so far invested US$1.5bn in India. An investment which will take time to make money back as the company aims at keeping prices low while also having to face high import duties.

Nevertheless, Juvencio Maetzu, Ikea’s deputy CEO, thinks beyond those challenges and believes in the company’s vision to “create a better life for as many people as possible”. BrewDog taps into Asia with Seoul brewpub debut
Next Article 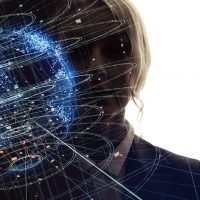 Are automated stores the future of retail in China?