It seems the pursuit of a healthier lifestyle is a nationwide obsession in India as healthy living tops the list of consumers goals and aspirations. New research from global market intelligence agency Mintel reveals that nearly half (48%) of consumers in India aim to live a healthier lifestyle, followed by better time management (30%), improving relationships with family and friends (25%), and travelling (24%).

Close to three in four (72%) Indian consumers report increased happiness as their motivation for leading a healthy lifestyle, while over half say that they aim to live healthily in order to look better (56%) and to feel better (53%). Additionally, two in five (41%) say they aim to lead a healthy lifestyle in order to live longer, while just 10% wish to do so to manage their health conditions. Currently, over half (52%) of Indian adults say they eat a healthy diet as part of their healthy living habits.

Ranjana Sundaresan, Senior Research Analyst at Mintel, said: “Many Indians believe leading a healthy lifestyle will have a knock-off effect on their personal happiness. There has been quite a bit of publicity regarding the rise in lifestyle diseases among Indians, and, thus, growing awareness of the importance of being healthy.”

While healthy living tops the list of consumers’ aspirations, it seems few are taking steps towards living a healthier life. Just one in three (34%) say they are always trying new things to improve their health, while one in four (26%) say they research health concerns and 10% say they research or think about health a lot but rarely make changes. This opens up quite a bit of opportunity for companies to offer consumers convenient solutions that could encourage making that change.

Research from Mintel indicates that the food industry has already taken steps to appeal to consumers changing demands. According to Mintel Global New Products Database (GNPD), “natural” was the second largest claim carried on food launches in India last year, behind “suitable for” claims, accounting for 28% of all food product launches in 2016, up from 22% in 2012.

As a result between 2012 and 2016, India had the highest number of food product launches carrying a natural claim in Asia and was the fifth largest market for these launches globally, accounting for 6% of the world’s food launches labelled as ‘natural’.

Indeed, while India is leading the charge with Asia’s natural food production, Mintel research reveals that one in five (19%) Indian consumers say they would like to see a wider variety of natural snacks. Furthermore, as many as half (47%) of those who snack think it is important for snacks to be healthy.

“It is known worldwide that healthy and natural foods tend to be more expensive, and many think twice before making a purchase. However, powered by higher disposable income and increasing health consciousness, India’s growing middle-class urban population is now more willing to pay the additional cost for healthier options.” Ranjana concludes. Ranjana concludes. 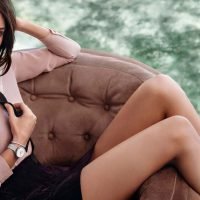 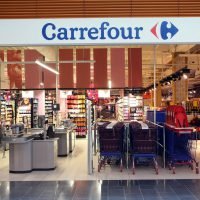