Amazon India may have surpassed Flipkart to become the biggest online retailer in the country last month.

This comes weeks after Seattle-based company’s boss announced that he will be investing an additional $3 billion in India, making the total investment in the country to $5 billion dollars in three years.

Amazon India had better gross sales in the month of July, reports Livemint citing five people with knowledge of financial numbers. The American company’s Indian subsidiary had gross sales of over Rs 2,000 crores, a figure that Flipkart missed.

However, when gross sales from Flipkart-owned Myntra, and recently acquired fashion company Jabong are taken into consideration, the Indian company is still at the top, the report added.

“We are the market leader in the biggest categories of e-commerce including mobiles, fashion, home, electronics and appliances.” a Flipkart spokesperson told the publication.

Though Flipkart, founded in 2007, still assumes its lead in the Indian e-commerce market, it is facing more competition than ever from Amazon India, which entered the country in 2013.

Flipkart had 37 percent of the market share in India as of March this year, while Amazon India’s was pegged between 21 to 24 percent during the same period.

Amazon India has been making aggressive moves in recent months. Last month, the company made its same-day-delivery service Amazon Prime available in over 100 cities in India, and announced it will be bringing its on-demand video streaming service Amazon Video to the country soon. 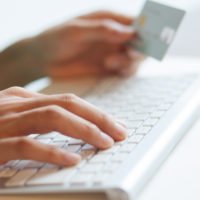