Everyone wants a piece of India. The world’s fastest growing smartphone market has over 60 phone companies fighting with each other for the attention of country’s 1.3 billion people. And the competition keeps getting fiercer.

From Apple to Xiaomi to Samsung, every major smartphone brand are increasingly focused on India, as other markets globally show signs of saturation and are slowing down.

SEE ALSO: Why Apple is taking a beating in India

But what does India’s smartphone market look like? Here’s a five-point primer to get you started.

During the second quarter of 2016, for instance, 97 percent of all smartphones shipped in the country were running on Google’s mobile operating system.

Over 65 smartphone brands operate in India

Unlike the United States and Europe, where you are most likely to either rock an Apple iPhone or a Samsung Galaxy smartphone, you will be spoiled for choice in India.

Samsung is the top smartphone brand

The South Korean company had 25.1 percent of the market share in the country in the second quarter of 2016, according to IDC.

Indians are increasingly looking for phones that offer the best possible hardware combination for their price. Which means that a phone that costs more than Rs 6,000 ($90), for instance, is expected to have support for 4G LTE.

The most popular iPhone model is…

While many thought Apple was targeting India when it launched the iPhone SE earlier this year, it is not the best-selling iPhone in the country. Instead it is the iPhone 5s, which still sells in price conscious India. 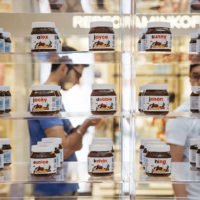