Following the announcement of their 10-year partnership, Devialet is releasing a limited supply of Gold Phantom Opéra de Paris | Devialet to its key flagships across Asia Pacific region.

The partnership and licence agreement will see the two organisations work together upon a shared vision of excellence and strong ties to France’s musical and historical heritage.

SEE ALSO : VIDEO: Julien Bergère from Devialet on the brand’s expansion to Asia

The three main focuses of the project will be a Devialet sound discovery area within the Palais Garnier, a co-branded product line, and an Opera “hors les murs” (outside the walls) project, offering a new way to listen to and experience opera.

Jean-Philippe Thiellay, Deputy General Director of the Paris Opera said; “The search for new forms of outreach and development is an integral part of our mission. Devialet is a magnificent partner for us, with a uniquely French take on innovation and excellence that is completely in line with the Opera’s own vision. The Paris Opera will celebrate its 350th anniversary in 2019, and is constantly seeking new ways to reinvent itself as an institution.”

Devialet can claim such a partnership as one of its kind and Quentin Sannié, cofounder and CEO of Devialet commented :  “Working alongside the Paris Opera, a symbol of excellence, and having a presence in the Palais Garnier, the visionary work of an innovator of his time, has been a dream for almost 10 years. We want to use this project to contribute to the influence of French creativity around the world.”

Retail in Asia joined the launch of the limited edition of 88 pieces available in Hong Kong. Hong Kong is one of three chosen destinations in the world to release the covetable collection’s edition otherwise only available within the sound discovery area of the Opera Garnier, Paris.

The launch at the Devialet private lounge in Lee Garden One in Causeway Bay presented the Gold Phantom Opéra de Paris | Devialet as if it was an artwork dominating the hall. Once unveiled, the guests were transported to the Opéra de Paris on the musical notes of the The Phantom of the Opera.

Handed down across 3 generations of traditional and fine application, they have treated each of Phantom’s side panels with the same original mastery used to restore and illuminate the gold of the Palais Garnier itself.

The design, being finished by Ateliers Gohard makes the collaboration between Opéra de Paris and Devialet a 360 degree experience of the excellence of French art in its myriad of realizations.

Each gold leaf is applied by hand for a unique and irreplaceable patina. Once the leaf has been applied, it cannot be removed. Absolute perfection is required first time round.

Retail in Asia looks forward to the announcement of Devialet’s next collaboration. 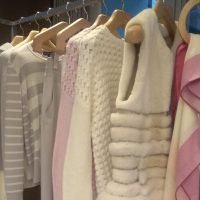 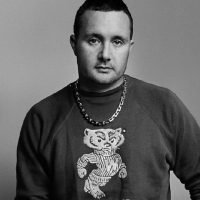