Located in the heart of the city’s luxury precinct, Collins Street, the Melbourne boutique boasts over 160 square metres.

The Australia flagship will carry Van Cleef & Arpels’ iconic creations such as the Alhambra, Perlée, Flowers, Ballerina and Fairy clips collections, as well as timepieces and wedding and engagement rings.

The boutique integrates Art Deco and Oriental-inspired details, with linear patterns and a palette of earth tones throughout. Plush furnishings pad out the store interior, which is made to look like an old-world drawing room.

As for the jewellery, each collection from the Parisian jeweller is sat “encased within curved showcases and domed receptacles,” said the 110-year-old maison, in a press release.

Founded in Paris in 1906, Van Cleef & Arpels came into being following Estelle Arpels’ marriage to Alfred Van Cleef in 1895.

Over the decades, the maison has established itself as a reputable luxury jeweller. Signatures pieces include the Alhambra motif, the Zip necklace and the Mystery Set technique, as well as a selection of Pierres de Caractère gems. 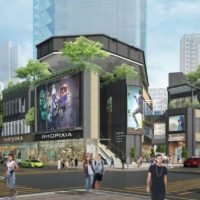 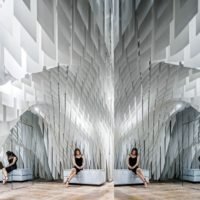