Queensland property group Citimark has sold its prominent Festival Towers in the Brisbane CBD for A$22.7 million.

The purchaser is Festival Towers Retail, a trust backed by offshore private equity, and managed by Brisbane-based asset and Investment managers Marquette Properties.

Citimark, a diversified operation with A$1.5 billion of retail and residential assets, bought the property as a vacant ground-floor lot in 2004 for A$7.8 million and turned it into a popular retail precinct.

The property is on the corner of Albert and Charlotte Streets, close to current retail such as the Myer Centre and the Queen Street Mall and strategically located for future drawcards like Queens Wharf and the Cross River Rail.

It has 1,169 square meters of lettable area leased to brands like Priceline Pharmacy, Grill’d, JHMY International, Spoon Deli Espresso, Sanchurro and Nandos. Net passing income at January was A$1.352 million, which points to a yield of around 5.9 per cent.

The agents acting for Citimark on the sale were Mark Greer of MG Property Investments and Andrew Adnam of CBRE. He said Festival Towers was a rare retail asset in the heart of the Brisbane CBD with six quality anchor tenants.

“There’s a real opportunity to further subdivide the retail component to facilitate the sale of the individual tenancies as currently leased,” added Greer. 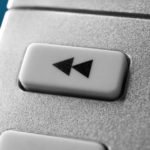