Gucci to open at Sydney Airport in Australian airport first

Revered Italian luxury brand Gucci will open a new Australia store at the newly renovated Sydney Airport. The Florentine label is confirmed for the airport’s redesigned T1 International fashion precinct in early 2017 in an Australian airport first, according to a press release.

The 147 square-metre store will pay homage to Gucci’s new look – lead by recently appointed creative director, Alessandro Michele. Interior features will include rosewood, marble and polished metals, while the exterior will boast a double-height eight-metre façade.

“Gucci is one of the world’s most respected luxury brands and we are thrilled to announce it will call Sydney Airport home next year,” said Williams.

“Sydney Airport will soon boast the largest concentration of luxury retailers of any airport in Australia and we are very excited to offer our international passengers a truly exceptional shopping experience.”

The new Gucci store will be located at Sydney Airport’s T1 International terminal, located after customs. 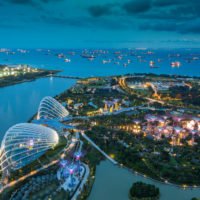