Cos to debut Brisbane store

Sweden’s COS will open its first Brisbane store later this year.

It will be the H&M-owned fashion brand’s first-ever Queensland store, taking its store count to seven in Australia.

The quintessential Scandinavian COS (it stands for Collection of Style) already has outlets in Sydney, Melbourne and Perth.

While local management for COS did not provide an exact location for the new Brisbane store, the brand did issue a press statement saying that more details were to come.

Similar to its other stand-alone stores, the new flagship will maintain a clean, minimalist aesthetic, according to a company statement.

Designed for the minimal, functional and contemporary style shopper, COS sits at a higher price point compared to sister brand H&M, which also owns & Other Stories and Monki.

In Asia, COS has stores in Hong Kong, Japan, Malaysia, Singapore, and South Korea.

H&M Group saw its first-quarter profit plunge 44 percent to 1.37 billion Swedish kronor, or $170 million. For the prior-year period, those figures were 2.46 billion kronor.

“The weak sales development, combined with substantial markdowns, had a significant negative impact on results in the first quarter,” CEO Karl-Johan Persson said in a statement.

Sales for the period dipped 1.7 percent to 46.18 billion kronor. H&M projected that this year’s online sales and those from new businesses will grow by more than 25 percent. 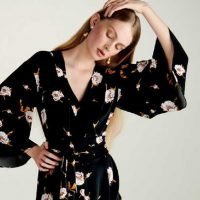 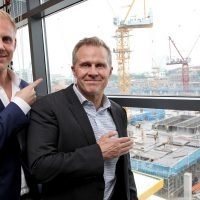 Toppen Shopping Centre, a new heart for the Johor community