Thousands of Chinese daigou shoppers make a living in Australia – often in addition to their full-time job – by purchasing popular Australian brands on behalf of their clients back in China.

Being tech-savvy, they typically sell to Chinese consumers via Alibaba, Tencent and other online platforms, but now they can also make use of AuMake’s livestreaming facilities.

The company announced in a statement that its new, purpose built, ‘Daigou Hub’ is located in the heart of Sydney’s Chinatown and that its launch last week attracted 70 Australian suppliers, 150 daigou and a live-viewing Chinese audience of 730,000.

The new 430sqm retail hub includes a presentation space for supplier product demonstrations, a cafeteria, product display locations and a special area designed to enable daigou shoppers to livestream their interaction with Australian suppliers to their customers in China.

“Live-streaming, for instance, is fast becoming a key component of the decision-making for consumers in China when they look at the brands and products they are going to purchase,” he said.

“Being able to see, in real time, suppliers demonstrating their Australian product and interacting with their trusted daigou is the next evolution of their increasing desire to understand the origins of the product they are purchasing,” he added.

He said that AuMake aims to achieve ‘cut-through’ and that its interactive model would be particularly useful for new and small-scale Australian suppliers looking to establish a direct connection with daigou and Chinese tourists.

In an exclusive report last year, WARC took an in-depth look at how a growing number of Australian brands have witnessed growth in China by successfully tapping into networks of daigou personal shoppers.

Entitled Australia’s brands crack China with ‘daigou’ personal shoppers, the report suggested brands can no longer afford to ignore daigou, but a lack of transparency makes it difficult to assess their true influence. 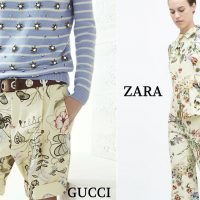 What do Zara and Forever 21 have in common?
Next Article 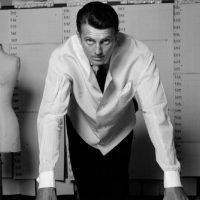