Australia’s David Jones is cutting 120 staff positions over the coming weeks, as the luxury department store retailer refocuses its investment on digital and online retail, and tries to revamp its store design.

The 120 job cuts will take place across David Jones’s head office and stores.

According to local media reports, some 30 redundancies have already been executed at the company’s Wollongong store in regional NSW, emphasising the “strong focus on cost
at a challenging time for retail,” said a company spokesperson to local media.

Some 90 redundancies are occurring across several David Jones outlets, as the retailer plans to reduce its retail space.

According to media reports, the cuts affect a “small percentage” of David Jones workforce, which is estimated to be some 14,000 staff.

No jobs are scheduled to be cut from David Jones stores in the Sydney or Melbourne CBD.

In the last five years, Woolworths has been bent on reinventing the struggling luxury retailer. It exercised a David Jones writedown of $712.5 million in 2018 due to economic challenges, intense competition, and promotions by retail rivals.

More recently, it has been reshuffling management and homing in on digital.

David Jones sales in the year to June inched forward 0.8% from the previous year. It was the third consecutive year of decline for the department store. On a positive note, online sales surged 47%, prompting it to make 10% of all sales online by 2020.

David Jones’ Sydney flagship on Elizabeth Street is currently being renovated, slated for completion in 2020. 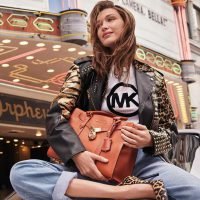