Australian e-tailers brace for a golden age in China

With geographical proximity and strategies to put the Asia market as their first priority, Australian health food brands like Chemist Warehouse and Sigma Pharmaceuticals have become favoured choices among China’s online consumers.

This Australian influx is having a noticeable impact on such dominant U.S. health-focused brands as GNC and Puritan’s Pride. Australian brands, like Blackmores, are emerging as powerful players and becoming the top brands in some health products categories for online shoppers.

Whether because of a lack of local availability or fears about authenticity, more than half of Chinese consumers go online to shop with overseas retailers for health and nutritional products.

E-commerce offers a way for Australian brands looking to tap the growing Chinese middle class without heavy up-front investment. Blackmores entered China in 2012 and began to operate its virtual store on Tmall.com in the same year. The company also sells through other popular online shopping sites in China, including JD.com, No.1 in the Internet Retailer 2016 China 500, Kaola.com and Vip.com.

Thanks in part to its rapidly growing online business in China, Blackmores’ sales for the second half of 2015 grew 65% to $341.4 million year over year, and profit increased 165%. The company said if it excluded sales to Chinese consumers, revenue increased just 14%.

Singles’ Day, a 24-hours sales event held Nov. 11, originated in China with Alibaba and has become the biggest online shopping day in the world. In 2015, sales hit $14.32 billion on online marketplaces operated by Alibaba. 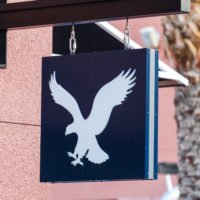