Australian retail sales rose slightly in September 2018, missing industry expectations that the nation’s retail revenues would register a bigger increase for the first month of spring.

Domestic retail turnover saw a 0.2 % gain in September, according to the latest Australian Bureau of Statistics (ABS) Retail Trade figures.

While the growth remains positive, analysts were predicting a stronger result and forecast retail sales to climb 0.3%, on August’s 0.3% gain in the prior month.

Year-on-year, September witnessed a rise of 3.67%.

“Although September’s month-on-month figure isn’t as positive as we would have liked, we need to understand the year-on-year retail growth figure represents a better overview of the current state of Australian retail,” Russell Zimmerman, Executive Director of the Australian Retail Association said.

“The ARA know personal tax cuts play a big role in discretionary spend, and believe a second round of personal tax cuts before the next election would certainly boost consumer confidence, and see an increase in retail sales in the new year.”

For the month, café, restaurant and takeaway spending registered the highest growth in September, up 0.5%. This was followed by food retailing, up 0.4%, said the ABS.

But the month of September was weighed down by lower sales across the clothing, footwear and personal accessories category, with three industries falling 1.2%. Household goods and department stores remained relatively flat from previous months.

By state, sales were strongest in the state of Victoria and Tasmania, leading by 0.7%. New South wales fell 0.4%, while Western Australia and The Australian Capital Territory were relatively unchanged in September 2018.

Online retail sales made up 5.6 % of total retail turnover in original terms in September 2018, an unchanged result from August, said the ABS.

The ABS also released quarterly data that showed seasonally-adjusted retail sales rose 0.2%, a massive drop from the 1 per cent increase in the second quarter. 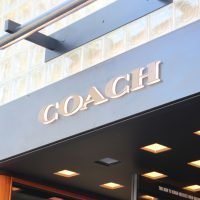 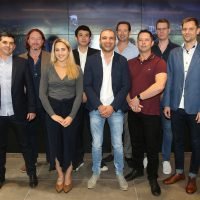