Inside the loft-like space, key design accents include signature black and white finishes for a modern touch, alongside an array of vintage fixtures.

The store serves as Australia’s first standalone store dedicated to the New York brand’s Polo Ralph Lauren for Women’ collections, formerly known as ‘Blue Label’. And four more outlets just like this Sydney flagship are set to open by the end of 2019.

In September to October, Polo Ralph Lauren stores will open in Indooroopilly and Sunshine Plaza in Brisbane, Queensland; in the Emporium in Melbourne, Victoria; and in the Canberra Centre, Canberra, in the Australian Capital Territory.

Having first entered Australia in the late 90’s, Ralph Lauren bought back distribution rights in 2013. The brand is currently sold via its standalone stores and via multi-brand outlets and department stores including David Jones, Myer and Glue, as well as
online at The Iconic.

The latest retail rollout coincides with the 50th anniversary celebration of the Ralph Lauren brand, founded by its namesake designer, Ralph Lauren in the late 60’s.

For its latest financials, Ralph Lauren reported strong overseas growth. Internationally, the company continued to perform well, with revenue rising 1.5% in Europe and 4.3% in Asia, which includes Australia.

“We expect continued strength in our international businesses and a more challenging outlook for North America,” Chief Financial officer Jane Nielsen said at the time of reporting on July 30. 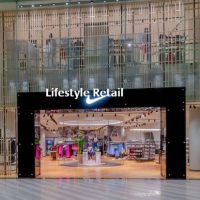 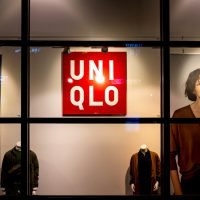 Uniqlo closing down stores in Seoul