Hong Kong’s embattled leader has said mass protests and flashmob-style demonstrations gripping the city must end, claiming they were contributing to an economic slump worse than the 2003 Sars outbreak.

Carrie Lam Cheng Yuet-ngor’s remarks came as the city’s police banned four marches scheduled for the weekend, citing safety concerns, and hundreds of people joined a sit-in at the airport scheduled to last the weekend.

Lam also said she was reconvening her cabinet, the Executive Council, on 13 Aug, 2019, cutting its summer recess by two weeks to deal with the protests and their economic impact.

The unrest, now in its third month, started in opposition to an extradition bill but has since widened to cover wider grievances against the government. Protesters have occupied roads and vandalised buildings, clashing repeatedly with police, who have used tear gas and rubber bullets to disperse crowds.

Speaking afterwards, Lam said: “This economic downturn is very fast, and some people have described it as coming like a tsunami. Compared with past downturns that we have handled, such as those caused by Sars and past economic storms, I am afraid this is more serious.”

The chief executive said she expected a long recovery, and hoped social divisions could be healed.

“There is only one starting point and foundation: we must stop the widespread violence. And I appeal to the public not to continue with these kinds of destructive act with unspecified time and location, blocking roads, and blocking important transport and other important public facilities,” she said.

Kenneth Leung, who represents the accountancy sector in the legislature, disputed the government’s earlier claim that protests had contributed to poor retail figures.

“The brutality of the police in storming a shopping mall and the terror attack in Yuen Long, these are the main factors which deter Hong Kong consumers from going to shops and restaurants, not the protesters,” Leung said, referring to the police clearance of Sha Tin’s New Town Plaza on July 14 and the attack on travellers in Yuen Long by a white-clad mob on July 21.

Chinese University economist Terence Chong Tai-leung estimated that, while the impact could be worse than during 2014’s pro-democracy Occupy protests, it would not match that of Sars.

“During Sars, people could not go out every day and there were no planes coming to the city, with no tourists coming and property prices falling. Every day was like that. Now it just affects weekends,” he said.

Ryan Lam Chun-wang, head of research at Shanghai Commercial Bank, said the protesters’ relative impact on retail and tourism sectors would be greater than the 2003 slump, because individual mainland Chinese travellers – who were not allowed to come to the city freely back then – now make up the bulk of tourist arrivals and could be deterred from coming or spending freely.

But the effect could be shorter-lived, he said, noting that this time around property owners have not ended up in negative equity as they did in 2003, something which dampened consumer sentiment in the long run.

“So, once tourists recover their confidence in Hong Kong and the external factors are stable, the local economy can bounce back quicker [than 2003],” he said.

Council Front lawmaker Claudia Mo Man-ching said Lam could not deter protesters by raising the alarm over an economic downturn.

“She cannot just use the dollar sign to cover up our young people’s political aspirations and demands,” she said.

Mo also noted the government had already expected a downturn, due to the Sino-US trade war.

Lam herself acknowledged other economic pressures from all sides, such as the trade war.

She also ruled out making concessions to protesters.

“I do not think we should just make concessions in order to silence the violent protesters. We should do what is right for Hong Kong,” Lam said.

She again rejected calls to set up a judge-led investigation into recent police conduct, one of the protesters’ key demands, “because there is an independent and statutory mechanism, under the Independent Police Complaints Council”.

Some protesters have explicitly called for economic disruption, under a thesis dubbed “If we burn, you burn with us”.

Asked if her statements about an economic downturn had proved that tactic effective, Lam said she was indeed worried about the situation.

“A small minority of people … they do not mind destroying Hong Kong’s economy. They have no stake in society,” she said.

“That is why they resort to violence and obstruction, causing huge damage to the economy.”

To brace for the impact of the economic downturn, Lam called on landlords to be more lenient with rent for local businesses.

At the same press conference, Joe Chau Kwok-ming, president of the Hong Kong General Chamber of Small and Medium Business, said some firms’ trade was down 30 per cent.

If the situation worsens, there could be a wave of closures, he warned. 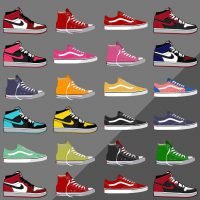 What are the sneakers with over 2,000% value growth?
Next Article 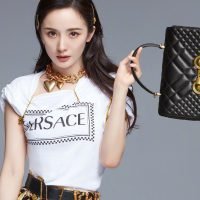