The number of passengers at Incheon International Airport for the first week of March dropped by 80 percent on-year, the lowest since 2003, according to the airport operator on 10th March.

Incheon International Airport Corp. said that from 1st to 8th March the number of passengers who transited South Korea’s gateway airport came at 298,307, less than one-fifth of 1,536,594 last year.

During the first week of March, an average number of passengers using Incheon airport was around 37,000.

The number of flights landing or departing via Incheon airport also plummeted to 4,201 flights, about 53 percent fall compared to 8,903 flights operated during the first week of March last year.

The IIAC said the number of passengers who traveled from China to Incheon airport from 1st to 8th March also dropped by 87 percent on-year.

The Japanese routes saw 46,861 passengers, about 85 percent fall on-year. The figure is expected to further decline as Korea and Japan have enforced tougher travel restrictions from this week, the IIAC said.

The airport operator said anyone with a temperature above 37.5 degrees Celsius may be not allowed to fly based on the destination country’s entry restrictions over COVID-19 concerns.

As of 10th March, the number of countries that have adopted entry restrictions on Korean nationals or those who visited here grew to 109.

A total of 45 countries — including Israel, Japan and Hong Kong — currently ban entry of Koreans.

With more countries placing restrictions on Korean nationals, Cheong Wa Dae said on 10th March that President Moon Jae-in has ordered measures to exceptionally allow businessmen to enter other countries if they carry certified documents regarding their health status. 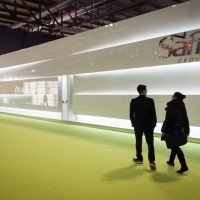 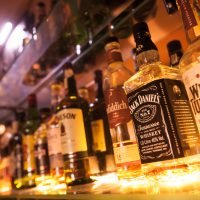