Opening of Incheon Airport’s 2nd terminal likely to be delayed

Incheon Airport’s second terminal, which was originally slated to open this year, may push back its opening to after the PyeongChang Winter Olympics next February.

According to a spokesperson at the airport corporation, the airport is weighing the pros and cons of opening the terminal within the year or after the PyeongChang Games.

“It is technically possible to operate the second terminal this year, because all of the necessary facilities will complete construction in September,” he said.

However, this would require the terminal to open while the luxury and fashion duty-free shopping area, considered a “landmark” of the airport, is still under construction.

“It would not only create inconvenience for airport visitors, such as dust from the construction, but also impact the airport’s image,” the spokesperson said.

Incheon Airport has gone through six rounds of tenders to find an operator for the area, but has been unsuccessful. Shinsegae DF was the only company to bid in the fifth and sixth rounds, meaning that now Incheon Airport is legally able to directly negotiate a contract with an operator without another open bidding process.

Even if Incheon Airport is able to negotiate acceptable terms with Shinsegae DF or another operator, it would take time for the Korea Customs Service to grant the final license. Another nine months to finish construction would mean that the shopping area would be able to open around next April.

Another consideration is that visitors to the airport might still be unfamiliar with the second terminal when the PyeongChang Games are being held. The new terminal will house Korean Air, Delta, KLM and Air France.

“Unless we are able to open by December, there will still be confusion at the airport regarding the terminals by the time the Games begin,” the spokesperson said, noting that the airport will have no problems handling the influx of travelers during the Olympics with just its first terminal.

The Transport Ministry said in a statement that the second terminal “will be opened according to plan, with no postponement plans currently under consideration.” 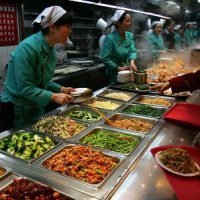 Chinese tourism in Thailand to get slowly better