Ooops… they did it again!

The Versace label and its artistic director Donatella Versace apologized on 11 Aug after images of a T-shirt pairing cities with their countries stated “Macau, Macau” and “Hong Kong, Hong Kong” were criticized on social media.

Yang Mi, a popular actress in China, ended her contract with Versace, owned by Capri Holdings, over the issue.

“Versace reiterates that we love China deeply, and resolutely respect China’s territory and national sovereignty,” the company said in a statement.

Donatella Versace also stated on her Instagram account: “Never have I wanted to disrespect China’s National Sovereignty and this is why I wanted to personally apologize for such inaccuracy and for any distress that it might have caused.”

Chinese supermodel Liu Wen, a brand ambassador for Coach, said on Weibo she had severed her endorsement deal with the American brand over a similar T-shirt, which listed Taiwan as a country.

“I apologise to everyone for the damage that I have caused as a result of my less-careful choice of brand!” she said in a post that was ‘liked’ hundreds of thousands of times.

Coach, owned by Tapestry, posted an apology on its Twitter account on 12 Aug, saying it removed the T-shirts from sale after it found a “serious inaccuracy” in May 2018.

In 2018, China appeared to increase its policing of how overseas companies refer to territories such as Hong Kong and Macau, both of which are Chinese territories but run with a high degree of autonomy.

Jackson Yee, a singer with Chinese boy band TFBoys, said he was no longer working with Givenchy, the LVMH-owned brand, after one of the band’s world tour T-shirts also referred to Hong Kong, Hong Kong, and Macau, Macau. Givenchy posted an apology in its Weibo account on 12 Aug.

Jiang Shuying, a Chinese actress, also terminated her partnership with Swarovski after the brand referred to Hong Kong as its own country. Swarovski posted an apology on Facebook and Instagram on 13 Aug.

“Considering the recent happenings in China, Swarovski takes full responsibility and sincerely apologises to the people of China, as well as to our collaborative partners and Brand Ambassador, Ms Jiang Shuying, who have been deeply disappointed due to misleading communication on China’s national sovereignty,” the firm said.

China is a key market for luxury goods makers, with Chinese people accounting for a third of all global spending, although a weaker yuan will make imported goods more expensive.

This is not the first time luxury brands have been criticized by Chinese consumers. Italian fashion house Dolce & Gabbana canceled a fashion show in Shanghai in 2018 after posting a series of videos on Instagram showing a Chinese woman how to use chopsticks.

This episode opened the way to a series of cultural mistakes, not only in China, but also in countries such as Australia, Mexico, where brands were accused of cultural appropriation. Definitely, social media is contributing to give global resonance to those “accidents”, but it is also true that sometimes the importance of localization is underestimated.

It seems that brands are slowly learning how to handle this type of crises; however, those episodes have now become a never-ending witch hunt! Once, one is spotted, a long tail of others fall behind it. Who’s next? 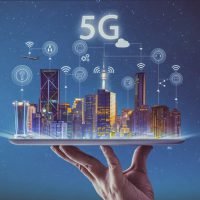 How is 5G transforming the retail industry?
Next Article 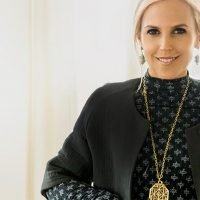