The Italian fashion label designed and led by Alessandro Dell’Acqua has signed a distribution agreement with Lee & Han, a Korean distributor managing a broad portfolio of lifestyle brands, and plans to open 18 stores in the country in the next five years.

N°21 had already opened a series of retail corners in the country, but it is now stepping up the pace of its growth.

The first stage of N°21’s expansion strategy was the opening of a flagship store of over 300 square metres, the brand’s largest, in the Cheongdam district of Seoul, a hub for fashion labels.

The store extends on two levels and showcases N°21’s ready-to-wear, footwear and accessories collections for men and women.

The store’s interior design replicates that of N°21’s Milan flagship: the chromatic contrast of black and white on the marble floor, the polycarbonate and raw concrete ceilings, and plenty of mirrors, steel and aluminium.

The store’s façade is entirely black, riffing on that of the label’s Omotesando store in Tokyo and of its new Milanese headquarters.

The South Korean partner chosen by N°21 to support its expansion the country is a shareholder and licensee of Converse and Kappa, and is very active in the multibrand retail business (with Han Style, Han Style Men, Han Style Kids and Han Style Shoe) and as an exclusive distributor of international fashion labels like Delvaux, Giambattista Valli, Emilio Pucci, Nina Ricci, MSGM, Mr & Mrs Italy, Premiata, and others.

N°21 is distributed by the Gilmar group in over 600 multibrand stores worldwide, and in Asia it currently operates monobrand stores in Tokyo, Hong Kong and Beijing. 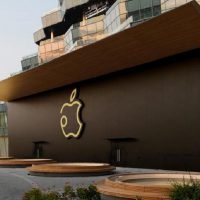 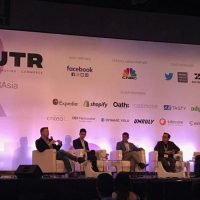 What happened at FUTR Asia summit?