The UK nursery and childcare products retailer Mothercare filed for bankruptcy at the end of last year and closed 79 UK stores, affecting its global market.

However, with the rising competition from e-commerce, Mothercare, which mainly focuses on offline, had to admit its operating failure at the end of last year. Although the overseas market was profitable, it was difficult to fill the huge capital gap in the UK market, leading to the gradual closure of 79 stores in the UK.

Chico Ltd., the agent of Mothercare in Taiwan, has made an announcement on the official website of Taiwan, stating that in accordance with the adjustment of global operating strategies, Mothercare will exit the market on 30th September and from March, the store counter will no longer accept new member applications. 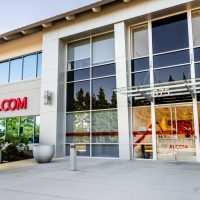