The 17,334 square meter store is the second-biggest in Asia and the world’s third-largest. The new space is +52 percentage bigger than the original 14,011 square meter shop. The integrated retail offer connects the new World Tower space with the existing adjacent store in the Avenuel building.

Lotte Duty Free said: “By connecting the Avenuel building and the World Tower building, Lotte Duty Free expects to create synergies including an increase in visits of foreign tourists, through joint efforts with Lotte World Tower.”

As reported, Lotte Duty Free partially reopened the store on 15 January, 193 days after it was forced to close on 26 June 2016, following its unsuccessful 2015 bid to retain its licence.

Lotte underlined the sensitivity of that dispute by requesting media not to take photos tomorrow of Chinese shoppers, in an effort to avoid embarrassing them.

Special prominence has been given to Korean products and culture. The new-look store includes a speciality Korean cosmetics department, a Korean traditional culture hall, and a zone set aside to promote artisanal products including Ido ceramics and organic and gold leaf products.

Lotte World Tower, sited on Tower Avenue, has been positioned as a new Korean landmark. It includes a six-star hotel and a high-rise observatory. Lotte said it aims to encourage tourism by combining shopping and sightseeing.

SEE ALSO: Law closes in on corruption and bribery in South Korea

The brand offer has been extended from around 320 labels to more than 420, including luxury labels Louis Vuitton, Chanel and Hermès.

Lotte Duty Free is donating KRW200 million (US$175,000) to the Songpa-gu district office (Songpa-gu is a prominent area of Jamsil that is gearing up to become a new tourism, cultural and economic hub), honouring a social contribution pledge made when the company submitted its original business proposal. The monies will be used to fund tourism-related maps and kiosks and to create a Songpa tourism website.

Lotte is conducting a range of promotions to celebrate the opening, for example by offering premium tea-sets for purchases over a certain limit. The first 123 customers each day until the end of August will win a KW100,000 (US$88) meal voucher at triple-Michelin starred chef Yannick Alléno’s Stay restaurant in Lotte World Tower. 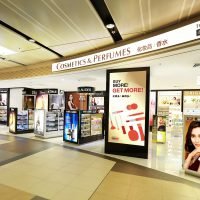 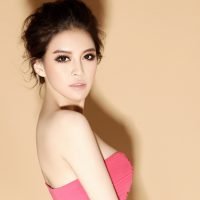