Lotte brings in The Conran Shop to Korea

London-based high-end furniture and home furnishing store chain The Conran Shop will open its first South Korean outlet in the second half of next year in partnership with the country’s leading department store chain Lotte Department Store.

Lotte Department Store said on December 13 it has signed a contract to run Korean stores of The Conran Shop with Conran Retail and Brand Holdings. They aim to open The Conrad’s first local outlet in the second half of next year on an area of 2,314 square meters in the affluent Gangnam district of southern Seoul.

Founded by British designer Terence Conran in 1974, The Conran Shop is a leading luxury retailer offering various home interior products from some of the most iconic designers of the world. It now runs 10 stores in the UK, France and Japan.

The partnership with The Conran Shop is part of Lotte Department Store’s push to bolster its living goods and home furnishing business at a time when the home interior market is burgeoning in the country.

Korea’s major conglomerates have recently turned aggressive in expanding their presence in the home furnishing market that has rapidly grown since Swedish furniture and home furnishing giant IKEA landed in the country in 2014.

Lotte Department Store expects the Conran Shop’s Korean operation will position differently from other home furnishing chains with its luxurious items and plans to add more the Conran Shop outlets in Korea later, according to a company official. 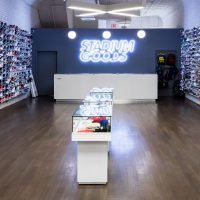 Why is Farfetch betting on sneakers?
Next Article 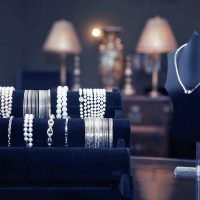