The city’s first Lego Certified store will be located at the Canberra Centre shopping mall and will open in partnership with Lego Australia and New Zealand, and store operator, Alquemie Group.

“With one of the most loyal and growing communities of brick fans in the country, Canberra has been on our radar for some time as an ideal venue for a new Lego Certified store,” Alquemie Group executive chairman Richard Facioni told the Canberra Times.

“We look forward to proudly unveiling an inspiring new retail experience for Canberra which showcases the creative potential of the world-famous Lego brick,” he added.

Covering 250 square metres of space, the Canberra flagship will retail Lego’s classic and most recent toys and collections.

In addition to product, the new store will be an experiential set-up for customers.  Inside, shoppers can expect to find a large, wall-mounted mosaic and a world-first, yet-to-be-announced 3D model of a local landmark made by the Southern Hemisphere’s only Lego certified professional, Ryan “Brickman” McNaught, according to the Canberra
Times report.

Inside, shoppers will find Lego’s iconic Pick a Brick Wall, where customers can fill a cup with their choice of Lego bricks and elements; a Build a Minifigure Tower feature – which allows shoppers to mix-and-match from a wide selection of heads, hair, tops, bottoms and accessories to create a bespoke Lego Minifigure; and a Digital Box,
which brings any Lego boxed set to life in 3D.

The official opening date of the Canberra Lego Certified store is yet to be announced. 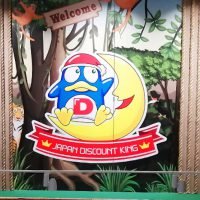