The pharmaceutical industry in Korea is considered relatively conservative compared to other industries, however, with the “new retro” trend sweeping the nation, pharmaceutical companies are adapting classic products to provide a range of interesting new creations.

This is not so different from why Dongkook Lifescience has promoted “Madeca Cream,” taking the name from its ointment product called Madecassol that has been used by Koreans for several decades.

One of the strategies it took was quickly picking up on the new-retro wave that is actively used in retail. Over the past few years, many Korean businesses have been employing the concept of “using old things in a new way” in order to target young consumers interested in the trend.

For example, HaiTai confectionery & foods transforming “butter ring biscuits” into ice cream cones and Lotte Confectionery launching the classic “Jaws bar” as a jelly are also part of the new retro trend. Both original products have been steady sellers of the company for over 36 years.

The reason that companies prefer this concept is that they can use the identity and credibility of products that are already popular. As consumers feel more comfortable with products they have been using for a long time, developing and marketing these new items is easier and more effective for the company.

Pharmaceutical companies are aiming for a similar effect. For the companies that already produce medical products used by many people, it will meet less cost in developing them into cosmetics products, and altering old products will give a new retro effect that they can promote.

“Internally the company sees that it hit success in sales because Madecassol’s original image of ointment have combined well with the cosmetic product finding more trust in the consumers,” an official of the Dongkook Pharmaceutical said.

Madeca Cream is not an isolated case. For 53 years, Dongwha Pharmaceutical has been known for its carbonated herb drink called “Gas Whal Myung Su” but in 2018, the company expanded to the cosmetics industry utilizing its verified medical component.

Now it is one of the three domestic brands that made an exclusive contract with the cosmetics store Sephora which first launched in Korea in 2019.

“With the chemical ingredients already certified, it would be also suitable as a cosmetic product,” the Dongwha official said.

Dong-A Pharmaceutical has also launched the cosmetics brand “Fation” by using a chemical ingredient called Taurine that is also the main ingredient for its leading energy drink Bacchus.

“As Taurine is the main component of restoring energy, it will also give vitality to the skin,” the company official said.

Some companies have looked for increased success by collaborating with brands to make different types of food and beverages. In 2017, Dong-A pharmaceutical worked with Baskin Robbins to sell Bacchus flavored sorbet for a month.

“The collaboration was held in order to target the young people and shed the product’s old image,” Dong-A official said. At that time the promotion especially targeted the students who were taking Korea’s national college exam.

Last November, Kwangdong pharmaceutical also collaborated with Smoothie King to launch Ssangwha smoothie and milk tea, which is based on the Ssangwha black herbal tea.

With creative collaborations between the pharmaceutical and retail industries in progress, the response from the market is yet undecided. While some call for a relaunch of the Bacchus sorbet, others are unsure about the combination even if new retro is a trend.

SEE ALSO : K-beauty brands in the health and beauty industry

“It would be great if the pharmaceutical companies can make synergy with its original product in the new market, but if it clashes with its original image and identity, it may bring the reverse effect,” he added. 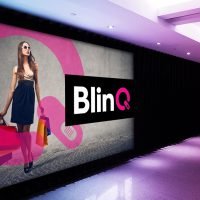 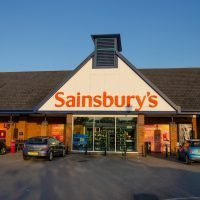