Hotels in Korea have lost 90 percent of their revenue, department stores 38 percent and duty free shops 65 percent in March against a year-ago period as tourists stop coming in to the country and social distancing becomes a norm amidst ongoing virus risk.

According to data compiled by Maeil Business Newspaper, the hospitality and offline retail business has become devastated by March.

Department stores saw the largest fall in revenue in fashion business. Duty-free shops and hotels are in fear of losing more in coming months amid stricter quarantine rule for all international arrivals to the country from April.

An airport location of a duty-free store operator posted a 93 percent plunge in sales in March after the revenue almost halved a month earlier. Sales of an inner-city place also dipped 49 percent in March, greater than 34 percent in February.

“Shilla Duty Free’s Jeju Island location that has been operated for 365 days a year will close for 10 days for the first time in April due to plunged customers,” said an official at its operator Hotel Shilla.

A five-star hotel in Seoul saw a 30 percent down in its room occupancy rate in February, and the number dropped to 90 percent in March.

Online shopping malls absorbed the demand. According to Nielsen Korea, online purchases in Week 6-8 of 2020 expanded by four times, compared to Week 1-3 of the year before the virus spread across the country.

Among the brick-and-mortar shops, neighborhood retailers like supermarkets and convenience stores grew slightly, with purchases up an average 10 percent in Week 6-8, according to Nielsen Korea. Privately-owned big supermarkets saw the largest growth with tripled purchases by value. More than half of the buyers were those who used to shop at big-box stores.

Purchases at the convenience stores also increased 15.9 percent on average during the period. One of the chains reported a 12 percent on-year gain in March revenue.

Food and drink sales expanded the most. Experts now warn of the increase in online shopping by the middle-aged and seniors.

“Offline shopping channels should focus their sales strategy on foods and necessaries to stay afloat, not on premium goods for a wide assortment of offerings,” said Park Ji-hyuk, a senior executive of Nielsen Korea. 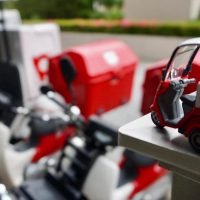 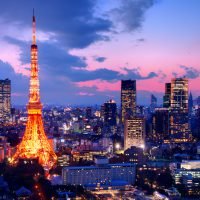