Korean Air’s profits to suffer in first quarter of 2020

Korean Air is projected to report an operating loss of over 200 billion won (US$163 million) in the first quarter for the first time in seven years amid the global COVID-19 pandemic that has halted almost all international passenger flights, according to industry analysts.

The Korean flag carrier suffered an operating loss of 19.6 billion won in 2013 due to the impact of the low yen and global economic stagnation at the time. But the firm has since consistently made a profit even last year when Asiana Airlines and most low-cost carriers suffered operating losses amid a nationwide boycott of trips to Japan in addition to fluctuating international oil prices and exchange rates.

Hanwha Investment and Securities forecast that Korean Air may have suffered an operating loss of 207.4 billion won (US$168 million) in the January-March period, while Daishin Securities estimated the loss at 248 billion won (US$201 million).

Hi Investment and Securities also said the nation’s top airline may have seen a loss of 203.9 billion won (US$166 million).

“Airlines are in in a life-or-death situation due to the spread of COVID-19. The impact of COVID-19 on the airline industry has been more serious compared to when the industry was hit by the SARS and MERS outbreaks. In addition, there is a greater possibility for the COVID-19 situation to be prolonged,” Hanwha Investment and Securities analyst Kim Yoo-hyuk said.

Other air carriers in Korea are also facing financial difficulties due to lackluster earnings with a sharp decline in air travel demand.

Jeju Air, the nation’s largest low-cost carrier, is expected to report an operating loss of 55.6 billion won (US$45 million) in the first quarter, with a 53.6 percent decrease in sales, according to Hanwha Investment and Securities.

Analysts said it will not be easy for airlines to overcome their financial troubles for the time being as they need to wait for the COVID-19 pandemic to end, and for demand to recover.

Air carriers have implemented a variety of measures to survive the crisis, including reducing working hours and wages of their employees, and asking them to take unpaid leave or voluntary resignation.

But the companies will not be able to bear the downturn with just self-rescue measures, analysts said, noting that the government needs to draw up support measures.

“The government announced measures such as offering up to 300 billion won (US$244 million) in emergency loans and allowing delayed payment of fees for the use of airport facilities, but with those measures, airlines can last only for about two more months. More measures will be necessary to ease airlines’ financial problems,” Kim said. 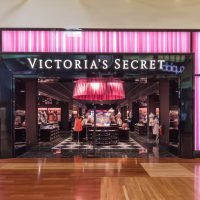 Sycamore attempts to back out of Victoria's Secret's deal
Next Article