South Korea said it invalidates short-term visas for all foreign nationals starting on 13th April. It also temporarily halts visa waiver programs for 90 countries that bar entry to Koreans, amid concerns over a growing number of coronavirus infections coming from overseas.

The new restrictions were effect at midnight on 13th April at the port of departure, according to a joint press release from the foreign and justice ministries.

The officials said the number of foreigners entering the country will drop drastically to around 300 per day, from around 1,000, once the new restrictions take effect. The government hopes the restrictions will dispel public concerns over imported cases, and about effective use of the country’s quarantine resources.

The latest measure invalidates short-term visas of up to 90 days issued to foreigners prior to April 5, except for C-4 visa holders, who are sponsored by local firms for their highly specialized skills. It does not affect long-term stay visas. Foreigners with short-term visas have to reapply, which they can do free of charge. Those who have already entered Korea will be able to stay here until their visas expire.

The government added that it will also strengthen the review process for all new visa applications, requiring foreigners to submit medical examination reports detailing whether they show symptoms of COVID-19.

With the restrictions, the government will cancel 2.35 million short-term visas. People from China will be affected the most with 1.95 million visas set to be canceled, followed by Vietnam with 90,000.

A total of 151 countries have imposed entry bans on Koreans over the COVID-19 outbreak. Among those, the government’s new measure applies to 90 countries, including 34 countries that had visa-free entry programs with Korea, such as Australia, Canada, Saudi Arabia and Argentina, and 56 countries with visa waiver programs, including most EU countries, New Zealand, Singapore, Malaysia and Thailand.

Foreigners wishing to travel from those countries now have to apply for visas to enter Korea.

But those with diplomatic passports, crew members of aircraft and ships, and holders of APEC Business Travel Cards will still be allowed visa-free entry.

This leaves only a few countries, such as the US, the UK, Mexico and Ireland, with valid visa waiver programs.

Imported cases have become Korea’s chief concern for containing the epidemic, despite the overall downward trend in new infections here.

Korea reported 39 new cases of COVID-19, the fewest since late February, putting the total at 10,423. Of the new cases, more than half — 23 — came from overseas, bringing the total number of imported cases to 861. 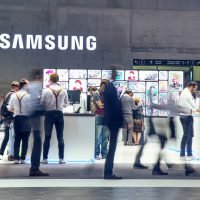 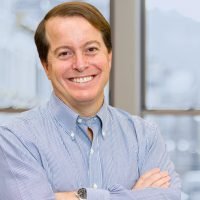