It is the first time that emoticon characters is promoted as a tourism ambassador instead iof famous actors of singers.

The tourism organization said it will launch marketing campaign led by Apeach to attract Japanes travelers to Korea. It hopes the popular character could help attract 3.2 million visitors from Japan this year.

Jeong Jin-soo, director of the Korea Tourism Organization in Tokyo branch, said, “Japanes love characters, so it is an effective way to increase their desire to visit Korea.”

The first collabo starts with the “More Korea” event at Daikanyama Tsutaya Books in Daikanyama, Tokyo. A special exhibition dedicated to the Apeach character will be held with a Kakao Friends’ pop-up store during the event running on Mar. 9-24.

The bookstore has introduced travel and food books on the theme of some countries such as New Zealand and Norway, but Korea has been selected as the first country in Asia.

Apeach has built up a large cult following in Japan since the opening of Kakao Friends’ first overseas store in Tokyo in December last year. Kakao installed another pop-up store in Shanghai, China, early this month which will be run for three weeks. 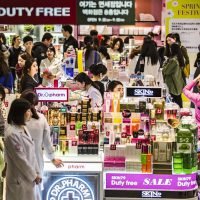 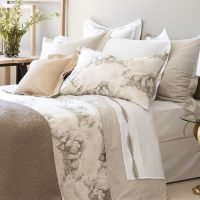