The Tokyo-based company operating profit for the year ended March fall 21.5 percent to 25.7 billion yen. That missed its most recent forecast of 26.5 billion, which had been marked down from an initial projection of 40 billion yen, reported Reuters.

For the last fiscal year, Zozo saw gross merchandise value increase 19.4% to 323 billion yen for the twelve months, while net sales increased 20%, said the firm in a press release.

Zozo’s cash and cash equivalents fell to 21.6 billion yen, versus 24.6 billion a year earlier, while total liabilities jumped to 56.3 billion from 29.9 billion.

The company, founded in 2014, represents half of Japan’s online sales of mid-to-high-end clothes and targets fashion-forward, higher-income customers. However, the firm has been struggling in recent quarters since shifting from a traditional online fashion site to more of a tech-savvy operation.

The latter move saw Zozo launch its Zozosuit made-to-measure service using a bodysuit that allowed users to upload measurements online, which it had to pull due increased customer dissatisfaction and error with the suit.

In recent months, Zozo has also lost major fashion clients. Apparel company Onward Holdings, fashion retailer United Arrows and children’s brand Miki House have left the site. However, the company has tried to recover by adding more mainstream retailers such as Shimamura, despite copping criticism that this decision could hurt its fashionable image. In its latest earning report, the company said it expects business to pick up as Japanese consumers were just beginning to buy clothes online. At the end of the fourth quarter 2018, Zozo had 8.1 million users, with 33% being men. The average user age is 33.6 years old.

Looking ahead, Zozo said it forecasts a 24.7 percent rise in operating profit to 32 billion yen for the current financial year. 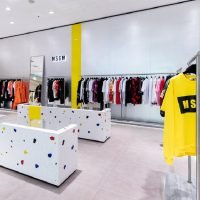 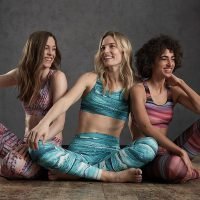