Japan’s convenience store sales rose to record heights in 2019, on the back of government efforts to facilitate consumer spending to offset the impact of a recent tax increase.

Comparable store sales gained for the second consecutive year to 10.34 trillion yen, surpassing the 10 trillion-mark for the first time since the association started collecting data on same-store sales back in 2005.

The increase in sales was helped by the Japanese government’s consumer spending stimuli, centred on its shopping reward program for purchases made without cash (or cashless payments), offsetting the impact of the consumption tax increase implemented last year.

The increase saw the tax for consumers rise 2 percent, from 8 to 10 percent in October.

However, a 5 percent rebate rate at small and medium-sized stores and 2 percent at major chains such as Seven-Eleven Japan, FamilyMart and Lawson, helped shoppers spend last year.

By category, cooked and frozen food were popular items adding to the record sales year, and the average spend per customer on a same-store basis rose 2.1 percent from the previous year to 632.6 yen, despite customer visits falling 1.6 percent to 16.35 billion yen, said the association.

The number of convenience stores totaled 55,620 by year-end 2019, down 0.2 percent from a year earlier. The decline was due to slower sales per franchise, meaning major convenience store operators to limit new store openings.

Total sales, including those at newly opened stores during the year grew 1.7 percent to 11.16 trillion yen.

In December, same-store sales fell 0.3 percent to 915.57 billion yen, with the monthly number of customers sliding 1.1 percent to 1.39 billion. However, the average spend per customer rose 0.7 percent to 659.2 million, added the association. 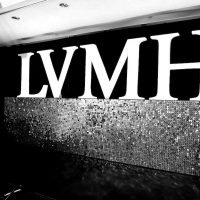 LVMH appoints head of the hospitality and restaurants division
Next Article