Located at Breeze Nanshan Atre in Taipei’s Xinyi District, the new 2nd Street store will carry approximately 10,000 used items including clothing, handbags, shoes, and accessories, taken from some the hundreds of 2nd Street shops in Japan.

Inside, the store design will resemble 2nd Street shops in Japan. Products will be categorised by item type and genre.

Fashion trend areas will also be setup, including street style and casual style, as well as a hospitality area that reflects traditional Japanese hospitality.

The new store comes on the back of successful three-month pop-up stint at Breeze Nanshan Atre, which kicked off in April last year.

Located in the same area as the Taipei 101 skyscraper landmark, Breeze Nanshan Atre is part of an East Japan Railway Company expansion project, and occupies three floors, the second, third, and fourth, of one of Taiwan’s large-scale business and shopping complexes.

Parent company GEO Holdings has more than 2,000 shops and EC stores, including GEO Shops, which sell and rent DVDs, CD, and video games, in Japan, in addition to its 2nd Street store.

The first 2nd Street location was opened in Japan in 2018. The retailer has since opened in the United States and in Malaysia, with the first shop in Taiwan opening in August last year. 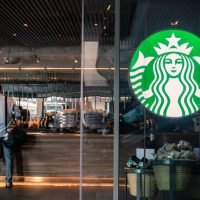