New data points to the Japanese helping to absorb the ‘body blow’ inflicted on South Korean travel retail, which has taken a hit on its tax free revenues in recent months as the ongoing dispute between South Korea and China over the the deployment of THAAD has effected visiting Chinese tour groups to South Korea.

The nationality represents the second largest inbound market for South Korea, according to figures from CiR’s Business Lounge, with arrivals in the two months of this year up by +10.9 percent – although CiR notes that this is a drop compared to growth of +18.2 percent in 2016 year-on-year.

This ‘resilient performance’ is highlighted in light of March’s arrival numbers from the Korean Tourism Organisation, which shows a +22.4 percent uplift in Japanese arrivals to South Korea versus a sharp decline of -40 percent in Chinese tourist numbers.

Taiwanese growth in March was also strong at +28.8 percent, even though Japanese only could offer counterbalances to the huge drop-off from the Chinese. However, it is worth noting, based on these KTO March figures, that Japanese and Taiwanese visitors combined now add up to almost the same number as Chinese visitors (348,990 versus 360,782). It would indeed be interesting to see what nationality marketing shifts could occur – and for how long.

ALSO SEE: Online grocery shopping on the rise in Korea

Singapore and Japan benefited from an influx in shopping traffic in March, as travellers including the Chinese and South Koreans seek alternatives to spending in South Korea. Data from CiR’s Business Lounge supports this trend towards healthier duty free and travel retail sales in Japan.

Tokyo Narita and Osaka Kansai recorded modest growth returns of +3.4 percent and +8.5 percent respectively, but major gateways such as Chitose showed growth of +20.2 percent, while Tokyo Haneda registered growth of +17.3 percent and Fukuoka at +15.3 percent, based on data from scheduled international flights March 16 to February 17. All of the top 10 airports in Japan have shown rising outbound Japanese traffic numbers over the 12 months to February indicating a dynamic market that travel retailers will be eager to exploit. How brands use short videos for marketing in China
Next Article 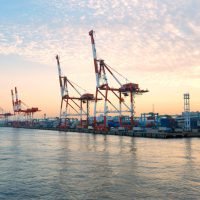