Japanese consumer confidence fell to an all-time low in April as the economy struggles to stem losses from the global coronavirus pandemic, Japanese government data showed.

Coming in at 21.6 for last month, the consumer confidence index dropped below its first-ever recording in April 2004, and its worst-ever reading in 2009, said the Cabinet Office data.

April’s consumer confidence index reading was the fourth consecutive monthly drop for the archipelago nation, following a reading of 30.9 in March. The drop of 9.3 points to 21.6 was the largest drop in history in Japan, and stooped well below the prior worst reading of 27.5 in January 2009, when Japan was in the aftermath of the global financial crisis.

“We have never seen such a huge drop so far. We guess that the survey results reflected the virus factors, such as (the Japanese government’s) requests for people to stay at home and suspend business operations, as well as growing public concerns about employment,” a government official told local media.

The index consists of four sub-categories: the overall standard of living, income growth, employment and willingness to buy durable goods. By design, an index level above 50 implies that consumers expect the situation is improving. 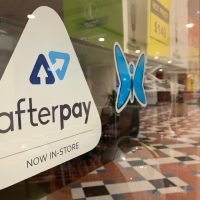