Retailers are enjoying brisk sales of cosmetics and other goods advertised by K-pop boy band BTS which is garnering unprecedented global fame with its ongoing world tour “Love Yourself: Speak Yourself,” according to industry officials.

As the brand power of BTS has already been proven many times, retailers are working to attract the attention of BTS’ core fans, known as ARMY.

“BTS has such a giant fandom regardless of gender, age and nationality,” a GS Retail official said.

“I think the recent example of a cosmetics brand working with GS25, our convenience store chain that has 13,000 branches nationwide, shows the demand from consumers for easy access to K-pop merchandise.”

Hyundai Research Institute recently estimated that in 2018, the value of goods and services generated by BTS reached 4.14 trillion won (US$3.5 billion).

The power of BTS is being felt not only in the music industry, but also in retail sales and tourism.

After naming BTS as the company’s new “face,” VT Cosmetics exploded globally and posted an operating profit of 9.2 billion won last year, up 423 percent from the previous year.

VT Cosmetic introduced products named after BTS, such as VT X BTS Collagen Pact and VT X BTS Jumbo Toothbrush Kit. The success of the collagen pact has prompted the brand to release a full skincare and makeup advertised by the K-pop sensation.

Earlier this month, L&P Cosmetics launched a limited edition product called “Mediheal Love Capsule in Mask.” The product, priced at 15,000 won, proved to be so popular that all 2,000 boxes sold out in just three hours after they were made available.

“Apart from offering additional supplies, we are planning to hold BTS-related promotional events both in stores and through social media,” an L&P Cosmetics official said.

Juun.J is a local brand that started off selling men’s wear in 2008. Samsung C&T’s fashion unit took over the designer brand in 2011 and has been operating 120 branches in 30 countries including the U.S., the U.K. and Hong Kong.

“At our online fashion mall SSF, we have run out of the most common sizes of sneakers. We’ve ordered additional supplies,” a Samsung C&T official said. “We do get a lot of queries from global fans asking for the same shoes that BTS members wear.”

The official also explained that the brand has been maintaining a strong partnership with the boy group since before they were high-profile stars.

Hotels are likely to take on added value as overseas fans are already booking reservations to attend BTS’ fan meetings planned for June.

BTS is scheduled to hold global fan meetings in Seoul and Busan.

A group booking was made at the InterContinental Hotel in Seoul near the fan meeting to take place in the KSPO Dome.

In the Busan area, a lot of overseas fans are expected to stay at the Park Hyatt Busan, close to the Busan Asiad Auxiliary Ground where the event will take place. 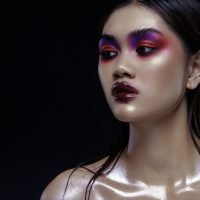