South Korean retailers are accelerating their push to tap deeper into the South East Asian market after they suffered a serious setback in China in the face of Beijing’s economic retaliation over Seoul’s deployment of a US anti-missile system, industry watchers said.

The Korean firm said it set up a joint venture to combine Lotte’s retail know-how with the local company’s distribution channel to grab a chunk of the rapidly growing e-commerce market in the Southeast Asian country.

The announcement follows Lotte’s decision to withdraw its discount store business from China.

Lotte was hit the hardest by the neighboring country’s retaliatory measures among others, after signing a land-swap deal with the Seoul government last year to host the Terminal High Altitude Area Defense (THAAD) system.

According to Lotte, 87 out of 99, or 87.9 percent, of its hypermarket chain Lotte Mart stores in China have suspended operations.

Lotte Mart said its sales in China plunged 64.7 percent on-year in the first eight months of this year to 410 billion won (US$362 million) from 1.16 trillion won tallied during the same period a year earlier.

Meanwhile, it currently operates 45 discount stores in Indonesia and plans to open one more in December 2017.

Lotte is also making aggressive inroads into the Vietnamese market, building a 200,000 square meter shopping complex in Hanoi with an investment of 330 billion won. The construction is slated to be completed by 2020.

Shinsegae, another major retailer here, is also at the forefront of making a foray into the Southeast Asian countries.

E-Mart, the country’s No. 1 hypermarket chain under Shinsegae, recently signed a deal with a Thai company to sell off five of its six stores in China, effectively ending its 20-year presence in the world’s No. 2 economy.

It is now preparing to open its second store in Vietnam, after launching the first in December 2015.

In late August, Shinsegae Group Vice Chairman Chung Yong-jin said there will be a “surprise announcement” regarding its overseas businesses in the first half of 2018, adding the company is eyeing a number of Southeast Asian countries, including Vietnam, Cambodia and Laos, for its overseas push.

The affiliate of the country’s food and entertainment conglomerate CJ said it views Vietnam as the outpost for the expansion of its businesses in the South East Asian market.

“The retail industry in South East Asia is still very young, and in the case of Vietnam, more than half of the country’s population are aged 35 or under as of last year, making it all the more attractive to begin overseas expansion,” an industry source said. 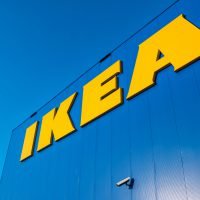 IKEA opens its second store in Seoul
Next Article