Nearly all product categories saw rises in sales, which were led by offshore brand items and food products.

Retail data has shown consumption has not fallen markedly since an influence-peddling scandal involving President Park Geun-hye engulfed the country late last year, although consumer sentiment is at its worst in nearly eight years.

The central bank governor, Lee Ju-yeol, said earlier this month private consumption is likely to head down in 2017 due to uncertainties at home and abroad, hampering overall growth.

Discount store sales, meanwhile, slipped 1.9 percent in December over a year earlier, the same trade ministry data showed, although not as bad as November’s 6.1 percent decline.

In 2016, department store sales rose 3.3 percent, breaking two years of falls and rebounding from a 1.2 percent fall in 2015. Demand for luxury goods and large household appliances such as televisions and refrigerators bolstered sales, the ministry said. 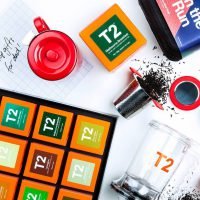