AmorePacific‘s first-quarter net profit shrank 15 percent from a year earlier, due largely to a protracted slump in the domestic market amid a rapid drop in Chinese tourists.

Its net income came to 223.5 billion won (US$197.1 million) in the January-March period, compared with 262.9 billion won the previous year. The operating profit for January-March also slipped 6.2 percent on-year to 316.8 billion won, but sales gained 5.7 percent to 1.56 trillion won in the cited period from a year earlier.

The company cited a drawn-out slump in its domestic sales, along with a decrease in inbound tourist inflow from China, which followed the ban on trip sales to South Korea by its authorities from mid-March as the main factors that weigh on the profit amid a slow economy. An increase in sales in other foreign markets, however, helped cushion a fall in sales stemming from Chinese consumers.

South Korea has seen its tally on Chinese tourists plunge by nearly 40 percent since March 15, when travel agencies in China stopped selling tours to Korea on the behest of its government. Such a move by Beijing is seen as part of a string of apparent retaliatory measures against Seoul for the decision to station a U.S. anti-missile system, known as THAAD, on its soil.

Its operating income from domestic sales, which include the revenue from duty-free stores, dropped 13 percent on-year to 234 billion won as of end-March. Market analysts predicted earlier that AmorePacific may suffer a blow from its mainstay duty-free sales as a result of China’s trip ban. Chinese tourists accounted for half of the foreigners who came into the country last year.

In contrast, its overseas business posted an operating income of 88 billion won in the first quarter, up 11 percent from a year earlier, with the sales advancing 17 percent to 447 billion won over the cited period. AmorePacific will strive to improve the profitability by realigning the brand portfolio and sales channels in different markets, citing its European unit that logged a 7-percent on-year growth after it bolstered its fragrance lineup, drawing a contrast to the U.S. business which suffered a 16-percent decline in sales.

The combined operating income of AmorePacific Group, which includes its smaller brands like Innisfree, Etude and other household products, reached 378.5 billion won in the first quarter, down 9.7 percent from a year ago. The sales on a consolidated basis also dropped 5.5 percent on-year to 1.75 trillion won. 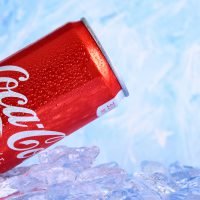 Coca-Cola to restructure company and cut costs
Next Article 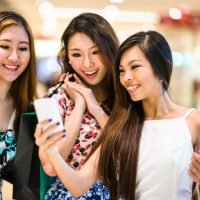