Shinsegae Group will invest 300 billion won (US$261 million) over the next three years to nurture its struggling convenience store unit to market leader status ahead of CU, GS25 and 7-Eleven, Korea’s second-largest retailer said.

Shinsegae said it will foster With Me as its next growth engine amid the rapidly growing convenience store market, powered by the soaring number of single-member households.

It also plans to change the brand name from With Me to emart24 in order to embed the success of the country’s largest discount store chain, E-mart, in the money-losing convenience store franchise. “We are a newcomer to this industry because it’s been only three years since we began operating convenience stores,” With Me CEO Kim Song-yong said. “Our larger rivals all started the business in the 1980s. It has not been entirely easy for us.”

Kim said Shinsegae will inject 300 billion won until 2019 to expand the number of franchised stores, upgrade its logistics infrastructure and introduce a wider range of food and household items.

“By taking advantage of E-mart’s brand power, we decided to change our name to emart24 to attract more customers,” the CEO said. “We would like to borrow and inject E-mart’s knowhow and expertise into the convenience store franchise. ”

Korea’s convenience store market, which reached 20 trillion won in sales last year, has been expanding rapidly over the past few years in line with demographic changes. A rise in the number of single-person households and senior citizens has fueled the demand for small stores that offer foods and other daily necessities around the clock.

Kim also said With Me will open more premium outlets in which customers can stay longer to socialize and engage in cultural activities. “Besides selling cigarettes, beer, snacks and beverage products, we would like our stores to offer more premium products and services,” he said. 3000 stores to open in India, world's most promising retail market
Next Article 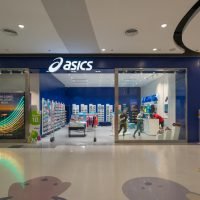