Shinsegae is going all out to acquire licenses to operate duty free shops at Incheon International Airport after its rival Lotte’s bid fell through.

The bid is understood by many as Shinsegae‘s aim to expand its presence in the still lucrative and growing duty free industry.

According to industry officials, the Incheon International Airport Corp. (IIAC) has narrowed the candidates for the licenses to Shinsegae DF and Hotel Shilla. The two filed their intent to operate duty free outlets at the DF1 bloc for cosmetics and perfumes and DF5 bloc for clothing in the airport’s Terminal 1.

Lotte and Doosan also vied for the operating licenses, but failed to make it to the final list. The Korea Customs Service will review the bids and select the operators for each of the blocs next month.

Lotte Duty Free previously ran those blocs, but in February it gave up its licenses citing high rent, standing at around 800 billion won (US$743.5 million) a year.

Lotte’s move was interpreted as an attempt to lower its rent for the blocs by renegotiating the deal, as it continued to accumulate losses due largely to the high rent it agreed to pay in its previous deal. The 800 billion won rent for the blocs is nearly four times higher than the minimum guarantee the IIAC wants this time for those blocs, which is 200 billion won.

Despite Lotte placing the highest bid, it lost points in other criteria, such as management ability and its withdrawal from the previous duty free license deal driving the airport authority to lose faith in Lotte, industry officials said.

As Lotte failed to make the final list, the final selection next month will bring a fundamental change to the domestic duty free industry.

As of last year, Lotte was Korea’s largest duty free operator by sales with a 41.9 percent market share. It was followed by Shilla with a 26.8 percent share and Shinsegae with a 12.7 percent share.

The combined sales of DF1 and DF5 blocs in 2017 stood at 900 billion won, which was approximately 6.4 percent of Korea’s total duty free sales last year.
This means Lotte’s market share will drop to 36 percent. If Shilla wins the licenses for both blocs, its market share will go over 30 percent, or if Shinsegae wins it will reach a 20 percent market share.

Depending on the customs service’s selection, Shinsegae will operate up to four outlets at the airport. It currently has the DF7 bloc in the first terminal and DF3 bloc in the second terminal.

Though the duty free business does not have many chances to expand because of regulatory issues and five-year licenses, Shinsegae has expanded its presence rapidly in the domestic market, encroaching on the market shares of Lotte and Shilla.

Shinsegae’s market share stood at 2.8 percent in 2014 but quickly rose to 12.7 percent last year, increasing by 10 percentage points during the period.

Its surge was largely attributable to the solid numbers from its Myeong-dong branch, which brought in 1.35 trillion won in sales last year. The branch opened in May 2016 but quickly hit its stride thanks to luxury brands such as Dior, Cartier and Fendi.

The branch is also expected to house Rolex and Chanel in the near future, casting a rosy outlook for its sales. Shinsegae’s strategy to focus on Japanese and Southeast Asian customers also served its growth well.

While other duty free outlets were hit hard by the decline of inbound Chinese customers last year due to the diplomatic friction between Korea and China over a U.S. Terminal High Altitude Area Defense (THAAD) battery, Shinsegae managed to post high numbers thanks to their relatively low reliance on Chinese customers.

“Shinsegae’s intent to make the airport a world famous tourist attraction seemed to earn points in IIAC’s review,” a Shinsegae official said. “Also, the company’s portfolio in Myeong-dong contributed to its shortlisting. 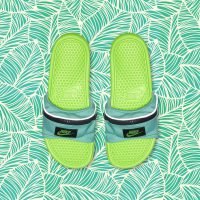 What's the shoe of the Summer?
Next Article 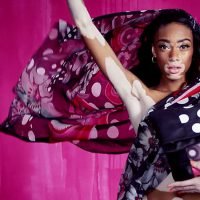